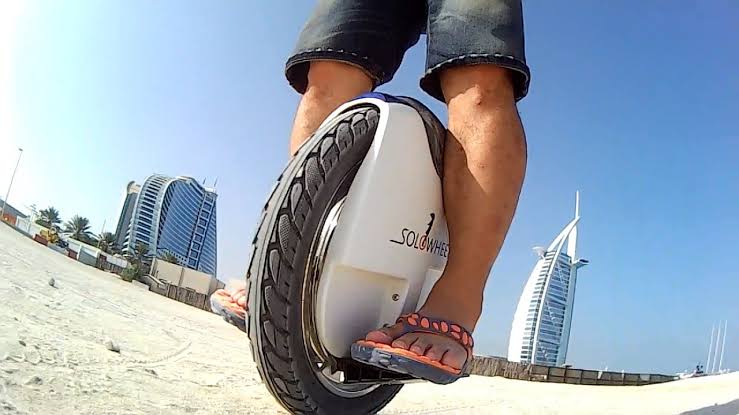 Rideables are any small wheeled device with an electric motor, such as a skateboard, scooter, segway or unicycle. If its electric and compact enough to carry or ride on a sidewalk, it’s a rideable. (electric unicycle

The 21st Century has certainly lived up its high tech hype, being a truly golden age of technology. And although we might not have the flying cars or true hoverboards that the movie Back to the Future predicted, we do have some damn cool gadgets that come pretty close. High tech innovation has taken the daily commute into our modern age. Whether it’s going to work or cruising the boardwalk, rideables let you get there in style without breaking a sweat.

Motorized skateboards and scooters have been present since the 1970s when the MotoBoard was first invented. Unfortunately the technology of the time wasn’t developed enough for rideables to catch on. But that was decades ago, and times have changed dramatically.

Electric Transportation for our Modern Age

It used to be that if you wanted to go somewhere without a car you’d have to push or pedal your way to get there. Now in today’s modern world we have eco friendly electric alternatives to traditional transportation, and they’re called rideables.

Advances in electric motors, battery life, changing lifestyles, urban congestion, and funding options have made electric rideables a viable and popular way of commuting. A growing number of startups have taken an interest in the wheeled tech market, allowing for improved design, availability and costs. It’s because of these reasons that electric transportation is becoming a more common appearance on streets and sidewalks.

So what exactly do rideables look like? You’ll know pretty quick when you see one for the first time, they’re pretty hard to miss. Rideables come in all sorts of shapes and sizes and definitely make you stand out in a crowd. Some of them feature new and unusual designs, while others have been around for a number of years and are easily recognized. The most commonly known rideables include the electric skateboard, scooter, unicycle, Segway, and auto balancing hoverboards. Below you can find some more information on all the wheeled wonders that are available.

As mentioned earlier, the first electric skateboard was the Motoboard developed in the 70’s. Since that first gasoline powered prototype modern electric skateboards have become superior in every way. They’re now lighter, have improved travel distance, and are controlled by wireless remotes or even phone applications.

The electric scooter is one of the most popular rideables. The term scooter is often used interchangeably to describe two different types of transportation. The first type is the electric handlebar scooter which features two inline wheels. Rideable scooters have become started to gain traction as a viable way to commute to work or around town that is safe and easily portable.

The second type of electric scooter is known as self balancing, but many people have started calling them Hoverboards to avoid any confusion. These two wheeled balancing boards are similar to a Segway but much less low key and without handle bars to hold onto. To travel the rider leans forwards or backwards and the board will automatically begin to move based on the shift in weight.

At first glance the electric unicycle might seem the most daunting of the rideables. This isn’t the case though, since the electric unicycle doesn’t require any peddling and often has an auto balancing system to help the rider adjust. They are especially popular in cities and urban areas because of their very small design that is ideal for crowded streets.

The Benefits of Rideables

These motorized transports have numerous benefits and are much more than just fun to ride gadgets. Rideables can be used for just about anything in your everyday life. Commuting to work, zipping around town, or even a Sunday joyride. Being lightweight they’re easy to carry and small enough that you can take them on a bus or train.

They’re cheaper and better for the environment than a car because they don’t use gas, and you don’t even need to fight to find a parking space. Not to mention they’re less strenuous and far safer because you won’t have to contend with road traffic.

Rideables are commonly used for commuting and pastime sports, although they are becoming increasingly popular even as exercise devices. This is because most boards require some balancing technique and extra energy from the rider in order to ride perfectly.

Motorized machines were once far too expensive for the everyday user to even consider buying. Rideables or personal transporters vary in many ways as seen above. However, their prices also vary greatly depending on the technology in use. In most cases self-balancing, battery powered personal transporters that can run for great distances are generally more expensive. As technology advances prices will continue to come down. While they still aren’t mainstream, rideables are an expanding market that will soon be more affordable than you might think.

A Learning Curve for Any Skill Level

Different rideables require different skills to ride. For example, an electric scooter is easier to ride than a self-balancing unicycle because it has a bigger base and more wheels for stability.

Electric transportation varies greatly in size and features, number of wheels and required balance. For instance, the Solowheel is a unicycle that uses various sensors to keep you upright. Thus, you will need some extra balancing techniques to ride it safely. On the other hand, the Hovertrax is a two-wheeled personal transportation device but does not have handlebars like a Segway. In order to ride it, you need to point your toes downwards to move forwards and upwards when you need to move backwards.electric unicycle

What Makes It A Rideable?

Technically speaking a rideable is any transportation device that meets the following characteristics:

Easily fits under the seats of public transit, buses, or trains

Can be used in offices, on roads or sidewalks

If not being rode, it can be easily carried

Goes over obstacles of at least four centimeters

Runs for at least ten kilometers without needing a recharge

Comfortable to ride for at least 25 minutes 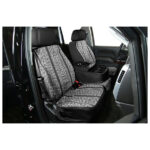 August 23, 2022
The significance of Renault can cut interfaces 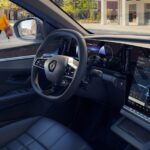 The significance of Renault can cut interfaces