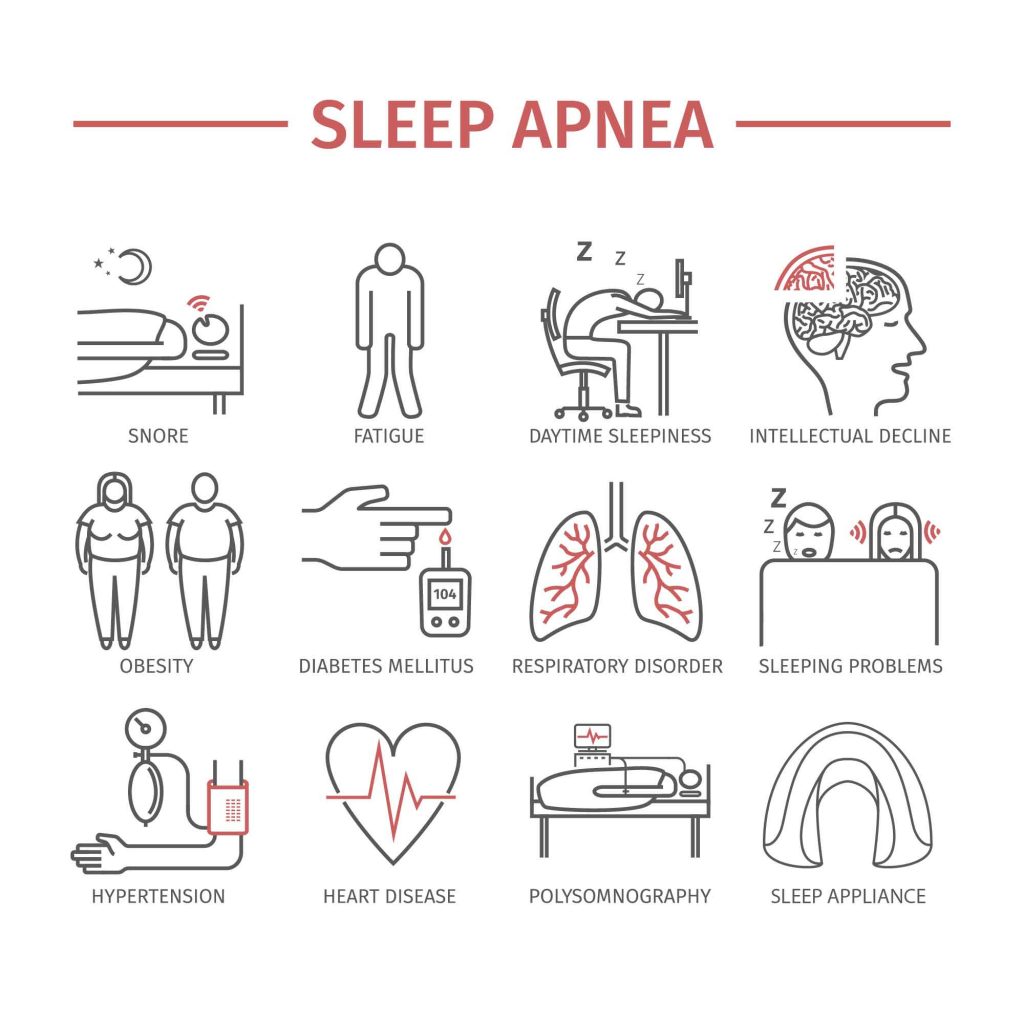 Sleep apnea is a serious medical condition that affects people of all ages. Because the condition primarily occurs when a person is sleeping, an individual who has it may not be aware that they are affected. Those with sleep apnea breathe unevenly through the night. Learn more about this condition and talk with your doctor if you suspect you have it.

There are three types of sleep apnea

Sleep apnea is a condition where the body experiences abnormal breathing during sleep. There are three main types of sleep apnea: obstructive, central and mixed sleep. Obstructive sleep apnea occurs when the soft tissue in the upper airway relaxes and physically blocks breathing from occurring.

Common symptoms of sleep apnea include tiredness and snoring

Sleep apnea is one of the most common sleep disorders. It affects an estimated 22 million American citizens. This means that approximately one out of every 15 people is affected. Unfortunately, many of these people do not realize they have the disorder. This is why it is critical that those who have any of the symptoms of the condition be tested.

Though sleep apnea affects both men and women, men are more likely to experience the disorder. An estimated one out of every four middle-aged men has sleep apnea. Experts believe this is because men have a greater neck circumference than women. This increased size makes their upper airway more vulnerable to it collapsing during rest.

Your dentist may be the first to notice the condition

Most people visit their dentist at least twice a year. Frequent visits mean your dentist may be the first to notice the symptoms. People with sleep apnea may also grind their teeth, have enlarged tonsils or experience dry mouths.

If your dentist notices these symptoms, he or she may ask you about your sleep and refer you to a sleep specialist. Your dentist may also have the proper training to treat the condition. Sleep apnea snoring dentist may help fit you for an oral device that can keep your airways open and help you breathe better during the night.

Sleep apnea is more than just a sleep problem

Many people brush aside symptoms of sleep apnea as being a part of life. The reality is that sleep apnea affects more than just sleep. It can also affect your health. People with sleep apnea are more likely to have coronary heart disease, heart attacks, diabetes and/or strokes.

If you think that you have the symptoms of sleep apnea, make an appointment with your doctor today and get started on a path to better health.