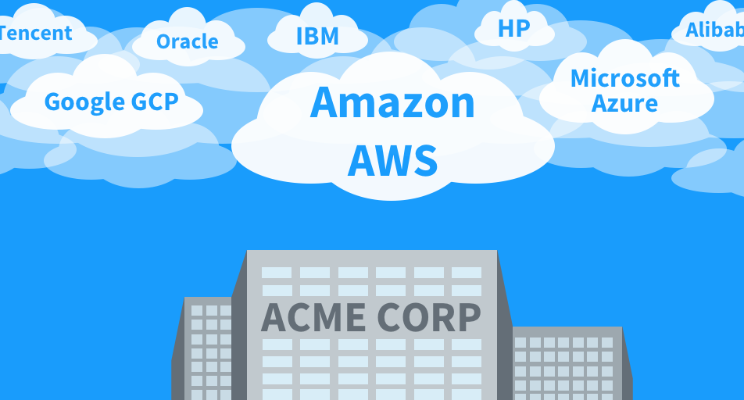 Microsoft was once considered the king of technology. Today, he is in the midst of trying to find a new CEO.

Although there is a lot of speculation about who will apparently inherit Redmond, the most critical succession is who will rule the vast new realm of the cloud, a “post-server world”. Where enterprise data centers are disappearing and being replaced by cloud infrastructure. Snowcloud and SaaS applications.

Clearly, another company in the Seattle area is ascending the throne. They have launched more than 30 price cuts and found more than 150 new services on AWS.

One of the best ways to identify a growing giant is through the company’s ability to bend to the will of the world around it. Amazon is training a new generation of developers to address its weaknesses. Instead of guaranteeing performance and availability, large Amazon users like Netflix are building apps to fix its flaws. For our default cloud, we’ve chosen a system with storage I / O, unpredictable CPU performance, and an annoying (albeit rare) habit of going down entire zones. Such is the power of the king.

The threat of Amazon’s monopoly is a cloud monoculture, not unlike Microsoft’s Windows monopoly, which has made us victims of Windows. When there was a threat of zero-day security in Windows, we all suffered. We all suffer when the Amazon EC2 East fails.

Technology sellers now have to rely on Amazon and weigh the risk that Amazon could enter their business and bring benefits to its scale.

Only one or two players (Microsoft and maybe Google) have the size and scale to compete with Amazon, but it’s unclear if anyone is focused on performing successfully. The rest of the market seeks to compete with Amazon by focusing on specific business needs (such as VMware vCHS) or by innovating with technology to build superior snowcloud scale infrastructure. It is in this race of technological weapons that the big companies for the post-server world will be found.

The post-server world represents the final state in which the industry is heading. Companies will continue to purchase hardware to build a private cloud, but most computing capabilities will be purchased from public cloud providers.

It also means that all the exciting advances in computing, storage, networking, and application architecture relate to the post-server world.

In the past, storage operators were forced to think about storage not according to the needs of the end-user, but according to the type of storage products they purchased (e.g., SAN, NAS, DAS). , Etc.). . In the post server, they buy the storage according to their needs. They will purchase high-speed storage for critical business applications and slow, low-cost storage for long-term archiving.

Historically, networking has been a barrier to progress in other areas of infrastructure. There are two major areas of opportunity. The first software is in Defined Networks. SDN transfers network control from physical switches to software.

The second opportunity is the delivery of data and applications. As more applications and files move to the cloud, new ways to connect to the snowcloud will emerge.

In the post-server world, managing and securing physical servers becomes impossible. A new generation of management and security companies is being created that will still allow companies to control their data without access to a real physical computer.

Amazon could only be threatened by new clouds created for developers that allow them to write and host apps. This is Pivot’s target, the new spinout of EMC / VMware and Red Hat’s OpenShift.

All of this means that the “Game of Thrones” snowcloud is far from over.

However, with each drop in prices and with each new service introduced. Amazon continues to deepen the chasm around its AWS stronghold.