We all have one. You know, that dream car that we drool over and swear we’ll buy when we make it big. But when you live in a big city like Los Angeles and have a long daily commute, flashy and fancy take a backseat to economically friendly.

As an LA commuter, you don’t want to invest in a gas guzzler, particularly today when fuel prices are higher than they’ve ever been, with no sign of a significant decline.

When you’re car shopping, getting past the sleek and sexy and looking for more important things can be hard. To point you in the right direction, we’ve combined a list of 2022-2023’s nine best cars for LA commuters. They’re broken into three categories with a focus on fuel efficiency, comfort, and space.

The average household may only have 3-4 people living in it, but you know that if you have any more than two children, you need a bigger car. Between the constant bickering and the storage space, a regular sedan isn’t going to cut it.

Another reason many people opt for larger vehicles is that they’re using them to transport others. LA has a lot of public transportation. However, many people don’t like to use the bus because of concerns about accidents. These aren’t common, but when they do occur, they’re often severe or fatal.

Still, millions of people head to work every day in LA, and they’re looking for cost-effective ways to get there. So, carpooling and ridesharing rates have spiked alongside environmental worries and rising fuel costs.

Whether you’re carpooling to save money or ridesharing as a side gig, a full-sized car, SUV, or van could be worth the investment.

But the heavier the vehicle, the less fuel-efficient it tends to be. If you need more room in your LA commute than the average five-seater can provide, check out these highly rated options:

Each large vehicle has adaptive cruise control, built-in navigation systems, and other features that make commuting easier. Base versions fall in the $32-$40,000 price range.

Smaller cars make sense for individuals and families of four or fewer. If you aren’t picking up your kids’ friends or chauffeuring everyone to practices with bulky sports or music equipment, a two- or four-door sedan is the best way to go, economically speaking.

Even better, if you’re shopping in the same price range as the SUVs above, you can get more for your money. Luxury versions of smaller cars often cost about the same as a base model of an SUV or van.

For a comfortable commute, cheaper car payment, and inexpensive fuel costs, look into these vehicles:

The Nissan Versa is the most inexpensive of all the cars on our list, yet it still has some great features for commuting. With any of these, you won’t have to sacrifice quality, comfort, and safety for cost.

Sporty cars have rarely been classified as fuel-efficient or economically friendly — until now. New technology and consumer demand meant the need for sleek and sophisticated vehicles that are also green-friendly.

If this sounds like what you’re looking for, you’ll love these glamorous yet cost-effective vehicles:

Historically, sporty vehicles were more about horsepower than comfort and fuel efficiency. These three 2022 cars are rewriting history and making it possible to drive your dream sports car without feeling guilty about your carbon footprint.

When you’re ready to invest in your next car but want something that can handle your daily LA commute, look into these nine options. Invest in the one that fits your needs and budget, and you’ll be driving (and sitting in traffic) on the Los Angeles freeways in style. 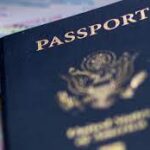 November 6, 2022
What is the US visa for Andorra and how do you obtain one? 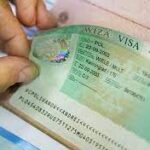 What is the US visa for Andorra and how do you obtain one?