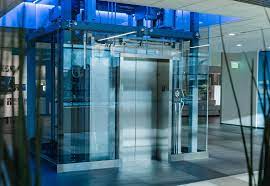 These companies hired the best logo design agency like Creato. Their Logo was iconic and iconic and stood the brightest

There are companies in Australia that you can’t get enough of their Logo. As they said, a logo is beyond a neat graphic mark that tells a story about your company. These companies hired the best logo design agency like Creato. Their Logo was iconic and iconic and stood the taste of time, quality, seasons, aspirations, and clear goals. Australia has many companies with well-defined logos, but ten stood out. We will take a tour to find out about these ten companies and why their Logo stood out.

The Commonwealth Bank was introduced in 1991. Its corporate identity was created in 1989 by Ken Cato. Their Logo has the most recognized element every professional must have. It is bold, has a strong aura, and is modern. The bank’s intense colour makes them different from other corporate banks. The bank logo has been succeeding since then.

In 1965, Bill Kennard created the first ABC logo, derived from an oscilloscope waveform.

In 2001, Annette Harcus designed a logo ABC adopted on 1st July 2002, when the company celebrated its 70th anniversary. The symbol is popularly known as Lissajous. The Logo is simple, perfectly balanced, and simultaneously conveys a strong message.

The Logo symbolises youth energy and free spirit. Andrew Hoynes created it, and to date, the Logo is the embodiment of youth culture. The designer used three drumsticks as the symbol, and the Logo has maintained a high online presence.

The Woolmark gives you the best wool care product with high quality. It is a symbol of trust between consumers and woolgrowers. The Logo was designed by Francesco Saroglia, an Italian graphic designer and was launched in Britain in 1964. They started a certification program that enables their clients to identify a wool care product. Have certified 5 billion wool care products for the past 50 years. They give a guarantee of quality, durability, and performance.

We have seen many airline logos, but Qantas has an iconic logo. The flying Kangaroo is the true Australian icon that has undergone changes since 1944. The original design was adopted from the Au $1 coin. It was redesigned in 2007 by Hans Hulsbosch. The designer used red colour and the native Kangaroo for the design, which has remained iconic and unforgettable. The Logo followed a consistent pattern.

The design started seven years ago as competition for Australian designers. Michael Bryce won the contest. He referenced his design to the three boomerangs drawn simply by hand and the Sydney Opera, which featured a running athlete. It is a representative icon of Australian culture.

This company started in 1986 with a group of farmers forming an organised group in Victoria. They had the objective of local farmers impacting lands, as seen in the Logo. The Logo featured two hands cupped, making a negative space that formed the Australian outline. The hands cupped entails that irrespective of gender, you can be a part of the group. This increased their publicity.

Ken Cato created the Logo, which was carefully designed to reflect the angle at which the earth tilts. The Logo was updated in 2008 and the SBS text was moved from within the Logo to the outside so that the icon could exist with or without the text.

The SBS logo, which is based on an open, two-dimensional drawing of the world, visually represents the television station’s multicultural vision. The SBS logo is another example of great Australian design because it is one colour, uses symbolism, and is simple to represent the station’s overall vision.

Woolworths is an Australian supermarket and grocery store chain owned by the Woolworths Group; founded in 1924, it is now Australia’s largest supermarket chain, with a 33% market share as of 2019. The multiple wavy “W” icons stand for “We” and represent how the supermarket chain positively impacts its customers while displaying the “spirit of adaptability and agility.”

The City of Melbourne has a dedicated team of Business Concierge case managers to assist businesses of all sizes, whether small, large, or just getting started.

We serve all industries, including hospitality, lodging, retail or nighttime economy venues, BioMed, FinTech, professional services, etc. The new identity, designed by Landor, one of the world’s largest marketing and design agencies, is intended to be “synonymous with the modern, vibrant, fabulous city Melbourne is today and will continue to be in the future.

The companies above have the best logo designs.