Shoplifting Laws Shoplifting is an offence which is seen or listened to many times. It also exists in UAE. UAE also takes these kinds of crimes quite seriously. As per the description by the law, it is an act where some stuff, product or good is removed from its place but without authorization. Apart from this, a planned and intentional activity of stealing goods from the market, shop, and store, is also considered under Shoplifting. Shoplifting is treated in Criminal and Civil Laws both. Apart from this, if price tags are replaced or removed, trying to hide the products, removing their labels, packaging, etc are among a few other Shoplifting types. Shoplifting is punished and imprisonment is also given to the guilty person. People who do shoplifting for fun or adventure, are not free from punishment. Even if it is a local guy, he is not free from, any punishment. Because the law is equal for everyone in UAE. Shoplifting for adventure or any fun will also cause the same punishment which is made for those who intentionally do shoplifting.

As per Law Non-Muslims have to keep their license to consume Alcohol. For Muslims, Alcohol consumption was not allowed, based on Sharia principles. But Article 313, from Federal Law 15 of 2020, removes this license condition for non-Muslims. Though Muslims are still not allowed to consume Alcohol based on Sharia Law. But it has to be consumed in designated places or private places. It is still not allowed to use publicly or openly. The age of 21 is also decided and before this age, the person is not legally allowed to consume or trade alcohol. Prices are also kept higher in UAE, which does not allow everyone to afford alcohol.

For raping a woman in UAE, there is life imprisonment. If the rape is done under a few conditions, then imprisonment or any other penalty can be added with, Capital Punishment. The conditions are

Capital Punishment is only for these 4 conditions only. Previously capital punishment and imprisonment were used to be applied together. Now capital punishment is kept separate. Out of Wedding Relations, Unmarried parenting has been introduced. Now consensual relationships without wedlock are not considered criminal like before. The legal Age of puberty has been increased from 14 to 18. Even a child without wedlock, owned and looked after by one or both parents, will not be considered a criminal act. If either or both will not accept or take up the responsibility, then it can be a problem for both parents. Federal Law 15, 2020 is for decriminalising the consensual relationship between unmarried couples. The Law is not for those who are under 18 years and have consensual sexual relations. They will have to face temporary charges. Check with the Expert Lawyers in this regard.

Defamation is not allowed in UAE. It is considered Criminal Activity and a case can be opened. It is managed with UAE Federal Law as Federal Law 31, of 2021. Article 425, and Article 426, deal with the defamation. This article deals with defamation as a criminal offence. As per this article, if a person defames another person, then it will be considered a punishable offence and the punishment can be imprisonment of two years, with AED 20000 Fine or both together. Defamation on social media or using technology can cost the person a fine of AED 200000 to AED 500000. 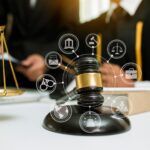 Difference between civil and criminal law 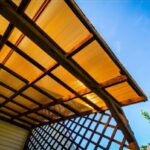 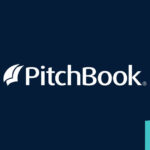 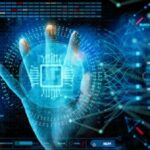 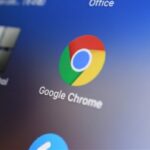