Reserve Bank Governor Shakti Kanta Das on Saturday expressed confidence that India will be the fastest-growing major economy with a potential growth rate of 7 percent in 2022-23 thanks to strong economic fundamentals and the stability of the financial sector.

Speaking at the HT 2022 Leadership Summit, Das emphasized that the country’s economy is stable, supported by the banking and non-banking sectors.

Das said that the entire world has endured multiple shocks. “I call it the three shocks of the CoVID-19 pandemic, then the war in Ukraine, and now the turmoil in the financial markets.”

The governor said that the turbulence in the financial market was mainly caused by the tightening of monetary policy by central banks around the world, especially in developed countries, led by the US Federal Reserve, and its effects will be are being felt in emerging market economies, including India.

He added that the European Union faces a recession in a succession of turmoil, but there is a chance that it will survive. The United States is stable, but there are other countries where growth has slowed.

He said that in the current context, the growth numbers look good.

“We estimate that India will grow around 7 percent. The IMF estimates India’s growth to be around 6.8 percent this year. And that makes India one of the fastest growing major economies in the world,” they said.

However, Das added that India faces a big challenge in terms of inflation.

Retail inflation rose to 7.4 percent in September from 7 percent in August on rising food and energy costs.

“We expect the October figure to be released on Monday … to be below 7 percent. So inflation … is a concern that we are dealing with effectively now,” he said. .

The Governor also said that India will take over the Presidency of the G20 in what may be the most challenging year in modern times.

Das said that India is taking over the G20 presidency with stronger macroeconomic fundamentals than many other countries.

Referring to remarks in some quarters that the RBI was using foreign reserves indiscriminately, Das said: “That is not the case.” He added that reserves are being built up for ‘rainy days.

Read More About: The International Council of Nurses has endorsed the World Health Organization training program to improve mental health.

“And when it rains, as I said before, you have to take your umbrella and use it. We didn’t raise the reserve just to have it as a showpiece in the Reserve Bank of India. And even now, over time, our reserves are very comfortable,” he said.

Reasons Why You Are Still An Amateur At Siding Installation 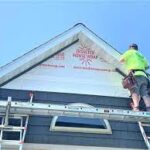 Reasons Why You Are Still An Amateur At Siding Installation

October 24, 2022
A BEST MOTORCYCLE ACCIDENT LAWYER IN ATLANTA, MAY RELY ON THIS! 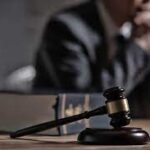 A BEST MOTORCYCLE ACCIDENT LAWYER IN ATLANTA, MAY RELY ON THIS!