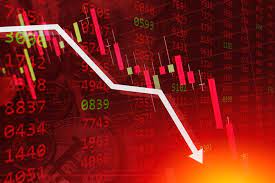 Global stocks fall and government bonds rallied on Tuesday as US House Speaker Nancy Pelosi’s expected visit to Taiwan raised the prospect of a strong response from China.

Hong Kong’s benchmark Hang Seng index fell as much as 3.2 percent on Tuesday, later paring some of its losses. China’s CSI 300 index of shares listed in Shanghai and Shenzhen fell as much as 2.8 percent. Taiwan’s Taiex and Japan’s Topix closed down 1.6% and 1.8%, respectively.

“As market liquidity dries up over the summer, any reaction will be amplified,” said Martin Gierdink, head of European equities at NN Investment Partners.

The move comes as Pelosi prepares to meet with Taiwan President Tsai Ing-wen and as China ramps up its military presence in Taiwan, escalating tensions between the US and China, and raising the prospect of global trade barriers. .

“Among other things, there is speculation that the Chinese may leave a military footprint and/or impose some sort of economic sanctions,” Seran Naib, a strategist at SEB, said in a note to clients.

The yield on the 10-year U.S. Treasury note fell 0.06 percentage points to 2.55 percent, near a four-month low, as the price of the benchmark debt instrument rose. The two-year Treasury yield traded at 2.85 percent, forming a steep inverted yield curve pattern, which has historically preceded recessions.

“Given the situation between Russia and Ukraine, geopolitics was already on people’s minds,” said Rosie Bullard, portfolio manager at James Hambro & Partners. “If we see further trade disruptions as a result of escalating tensions. Markets will find it difficult and this could lead to another fall in equities.”

The FTSE All World index of global stocks fall 15.6 percent so far this year. Weighed down by rising inflation due to Russia’s invasion of Ukraine and sanctions. And trade barriers that have weighed on markets. Central banks have increased interest rates.

The most risk-sensitive currency stocks fall, with the British pound shedding 0.5 percent. To below $1.22 and the Australian dollar shedding 1.4 percent to 69 cents.